Looking into your options to cool your Cape Cod home, you’re bound to run into two options over and over: central and ductless mini-split air conditioning systems. The latter are often just called ductless mini-splits or ductless mini-split heat pumps. If you’ve never shopped for an air conditioner, it can be a bit overwhelming to suddenly have to choose between two different A/C system technologies you likely don’t understand. To help you out, we’ve put together a quick guide to what they are and why you’d choose one over the other. Continue reading this blog post from the A/C experts at Hall Oil Gas and Electric to learn more:

What Is A Central A/C System? 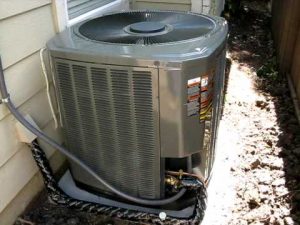 A central air conditioning system refers to any system which has a single large air conditioning unit connected to ducts, which blows cool air throughout your entire home from that central point. This usually involves two parts, one inside and one outside, because the central A/C system puts out a lot of heat that you want going outside (you may be familiar with this from your refrigerator or if you’ve ever looked at the back of a window AC unit).

The inside unit, typically near your furnace, lets a fan force air across cool refrigerant and into your ducts, which then carry that air throughout your home. You set a single thermostat for your entire home, because there’s only really one source of cold air at the internal unit—all of the rest of the cold air in your home is coming through ducts from that central point.

What Is A Ductless Mini-Split A/C System?

The first thing to note about a ductless mini-split system is that it’s not exactly an air conditioning system, though the technology it uses to cool your home is largely the same—it’s a heat pump, meaning it can heat and cool. A ductless mini-split system, like your central A/C system or any other heat pump system, involves a single large unit outside of your home connected with lines of refrigerant running inside. In a duct-based heat pump system, there’s very little difference from a central A/C unit, in that you just use ducts to move the cool or hot air the heat pump blows around your home.

Mini-split systems are different. Instead, you have internal units in different rooms, all connected to the primary unit by refrigerant lines. To cool your home, your heat pump works like a traditional air-conditioner, but the refrigerant flows into your house to the mini-split unit before a fan blows across it. In the winter, it can do the opposite, pushing hot refrigerant into your home so the units blow warm air instead.

Essentially, with a ductless mini-split you have one of those interior units from a central AC in every room you want one in with a mini-split system, meaning you can cool (and heat) rooms independently and don’t need ducts. If you’re using it for heat as well, this means you don’t need ductwork in your home at all (though you might occasionally need a space heater for faster heat than a heat pump can provide).

Central A/C vs. Ductless Mini Split A/C: How Should I Choose Between Them?

So, which air conditioning system is best for you and your Cape Cod, MA home? What are the pros and cons of central A/C and ductless mini-splits? Let’s take a look at each system and the advantages and disadvantages of each. There are a lot of things for you to consider. This should help you make your decision as to which A/C system you want to install.

What kind of homes should look at installing a central air conditioning system? Here are some of the top advantages of central air:

A central air conditioning system, in most cases, is going to be less expensive up front to install in your home—especially since you probably already have the ductwork in place for your existing central AC and/or furnace unit.

Central units have an easier time delivering cool air to larger homes. While ductless mini-splits could service an entire home, they would need several heads to service multiple rooms. This can prove to be quite difficult though, and it will end up being easier to heat and cool your entire home with a ducted A/C system.

Central air has better air filtration technology in place because they’re moving more of the air in your home around.

There are a lot of options for central air conditioning equipment out there. You can contrast that with ductless mini-splits, which are newer and there are not as many models or brands with individual differences that can make one the better fit for your home.

Now, we have talked about the advantages of a central air conditioning system above. But, what about central A/C cons? These are not necessarily a problem, but just some things to keep in mind as you make you’re A/C installation decision. Here they are:

As mentioned previously, if you already have a hot air central heating system, in most cases, central air can be installed in the existing system. The disadvantage is that unless you have a zoned hot air system, you will be cooling the entire house. This will have a big impact on the costs of your utility bills.

So, most houses have ductwork, but if you don’t, that will be an issue if you intend to install a central air system. This isn’t likely going to be a problem for newer homes, but could be true if it is an older home.

There is not much temperature or zone control with a central air conditioning unit. Most central systems have only two settings: on or off. Newer central A/C models will be better in terms of efficiency and temperature control, but they are nowhere near the granular control over temperature you will get with a ductless mini-split air conditioning system.

Expected lifespans for central air conditioning units are around 12-15 years, which is less than mini-splits (up to 20 years).

So, what about the advantages of ductless mini-split air conditioning systems? Are mini-splits better than central air or vice versa?

In favor of mini-splits, you have incredible energy efficiency. Mini-splits use cutting-edge technology. They allow you to climate control rooms separately and waste less energy moving air through ducts. Mini-splits use variable speed compressors – meaning ductless A/C units can run as much or little as needed. This is in contrast to most (but not all) central air units that have only one or two speeds and need to switch on and off more often during the day.

The ductless mini-split system can have multiple indoor units, or “heads”, as they are known. You can be selective as to what rooms in your Cape Cod home that you install a ductless mini-split head. Then, you can use one or all of them as you see fit. This gives you complete control of your home comfort.

It’s ductless! This is important for two reasons. First, using ductless A/C means you don’t need to worry about ducts. This also gives you an option for A/C if your home doesn’t even have ducts. Second, without needing ducts, that means that you won’t need to modify your equipment, or maintain the ducts. This leads to an easier installation than central A/C systems.

Ductless mini-split A/C systems are often used in conjunction with a central A/C system. There may be rooms that don’t get as much air as others, and need the ductless mini-split complement to get the room to the right temperature. You also may not have ductwork that reaches every room in the home, such as attics, garages, or some other areas.

Ductless mini-split A/C systems have a greater expected lifespan, up to 20 years. On the other hand, central A/C systems can last 12-15 years, on average.

Ductless A/C also offers less noise because the compressor is housed outside. You’ll only get noise from the mini-split head’s fan. This will be much quieter performance than a central A/C system.

Related Post: Everything You Need to Know About Ductless Mini-Splits

Alright, so you have heard about the positives for ductless mini-split AC units, but what about some disadvantages? It’s important to note that none of these drawbacks are deal breakers. They are just features that you want to know ahead of time. It’s possible that these will be no big deal for you, but here they are:

The applications for ductless mini-splits are for people looking for a three season operation with heat and cooling. Colder months with mini-splits are very expensive. Instead, people should rely on their conventional heating systems during those colder seasons.

Are mini-splits cheaper than central air? Since they do not rely on existing ductwork, ductless mini-split air conditioning systems can be costlier initially for installation than their central A/C counterpart. The more zones/interior units you want on a mini-split system, the more pronounced the price difference is going to become. However, there are rebates available which can help with the price. Reach out to your HVAC contractor, like Hall Oil Gas and Electric, to learn more about these rebates.

Ductless mini-split A/C systems are not as great at air filtration than ducted filtration systems in your central A/C unit.

The aesthetics of a ductless mini-split head and its line can be visually unappealing. First, you will have these mini-split heads on the wall in each room you want them. Then, there will be a “line” that runs to the outside of your home from each unit. Depending on where the room is located, which the mini-split is going to be in, this may or may not be an issue. Contrast this with central A/C, which are way less visible inside and outside your home.

As with any HVAC system, you should keep up with the regular maintenance. However, this is especially so with ductless mini-splits. Their filters should be washed regularly. Check your mini-split’s instructions for more information. In addition, the outside unit and inside units should be cleaned annually. Again, always follow your specific unit’s instructions. Or, contact an A/C contractor, like Hall Oil Gas and Electric, who can take the preventative maintenance of your ductless mini-split A/C system off your hands.

Related Post: Why You Need Annual Service For Your Air Conditioning or Heating System

What’s the Verdict on Ductless A/C vs. Central A/C?

Ultimately, you’ll have to make a decision based on your own home. We cannot just make a blanket statement as to which one is better. It’s why we always like to talk to a homeowner, make sure we understand their home and needs, and then create an A/C solution that fits their budget.

Regardless of which A/C system you choose, or whether you’ve chosen at all yet, you’ll want to work with experienced air conditioning professionals to get the most out of your system. The team at Hall Oil Gas and Electric can help you make your decision with cost estimates and savings figures. We are a licensed and insured air conditioning contractor, serving the majority of Cape Cod, who can install your systems for maximum efficiency and comfort, whichever you decide on.

Hall Oil performs work on both central A/C and ductless A/C systems for our customers. This includes any of the following:

If you’re looking for a new air conditioning system at your home, contact us today for an estimate. Just need air conditioning maintenance, annual cooling tune-up, or an A/C repair? We can help with that too! You can reach us a number of ways. Get in touch by contacting us online, give us a call at 508-398-3831, or visit us at our office in South Dennis. We look forward to working with you on your next A/C project. 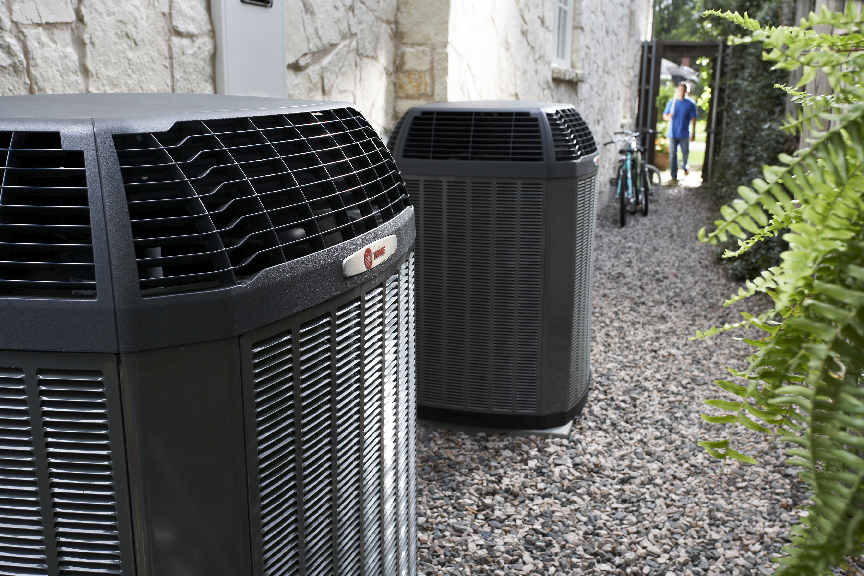